Elizabeth Holmes promised to change the world with just one tiny drop of blood. The Stanford University dropout Elizabeth Holmes of Theranos was only 19 when she founded it in 2004. It was a biotech company that promised to build a blood analyzer that could run almost 200 tests with just a few drops of blood.

By 2014, Theranos became a $9 billion company with around 800 people working to achieve the vision of the company. The device that Theranos promised to deliver would have been helpful for millions of people.

But then what went wrong? How did this company which was once a $9 billion company was worth less than zero in just 4 years?

Elizabeth was a very studious kid who never watched television. The books were her only best friends. She was introduced to books like Moby Dick, The Iliad, and The Odyssey. These books gave her an understanding of how great leaders and great people led groups of people.

When she was 7 she had a notebook filled with drawings of all functionality in terms of the interface required in building a time machine. And by 9 she realized that she wanted to create something new that humankind didn’t know was possible to do.

She started her own business when she was a teenager. She used to sell software (C++ Compilers) that translated computer code, to Chinese schools.

In 2002, she started studying chemical engineering at Stanford University and also worked as a student researcher and laboratory assistant in the School of Engineering.

During her research, she came up with a wearable drug-delivery patch that could help in early detection and prevention. The device incorporated microfluidics and nanotechnology into a patch that could sample the blood, detect an infection and deliver antibiotics to the infected area.

She shared her idea of the wearable drug-delivery patch with her professor, Dr. Phyllis Gardner. According to Dr. Gardner, the concept was impossible physically as antibiotics are not potent. But Elizabeth was sure about her idea so Dr. Gardner referred her to Channing Robertson, Head of the Science Department at Stanford University. When he talked to Holmes, he was convinced that she was special and had the potential of becoming the next Steve Jobs or Bill Gates.

In 2003, she filed her first patent on the drug-delivery patch. And by March 2004, she dropped out of Stanford University and started the establishment of Theranos.

Elizabeth used to spend her summer and holidays with her uncle. But then he died due to skin cancer which later converted to brain cancer then spread through his bones. She had to say goodbye to her uncle too soon. This made her realize that people should get their health information on time so that nobody had to say goodbye to their loved ones too soon.

So when she started Theranos, its mission was to see a world in which every person has access to actionable health information at the time it matters. A world in which no one has to say, “If only I’d known sooner.”

Theranos aimed to be a disruptor of established, inefficient, and expensive ways of doing things. The disruption was needed as the other two companies: Quest and LabCorp dominated the blood test market. These companies had very high prices for blood tests but were difficult to challenge due to their ability to perform thousands of blood tests.

Theranos was started in 2004 but became a powerful $9 billion company in 2014. So for 10 years, they worked for pharmaceutical companies and developed applications for the military.

Elizabeth Holmes of Theranos was inspired by her great-great-grandfather Christian Holmes to go into medicine. But the only thing she was afraid of was needles. So to avoid that she aimed to develop a comprehensive laboratory test from a few drops of blood. This would eliminate tubes of blood and replace them with a “Nanotainer”.

Edison: Lab Inside a Box

Edison was a microwave-sized machine that was supposed to perform 100s of blood tests with just a few drops of blood. The component included in the machine was a centrifuge, an area where samples go into, an area to collect blood, reagents to be mixed with blood, and pipettes.

It was a complex device with lots of moving parts and a complicated system. Hence it was not very easy to make.

In 2007, the machine was named Edison after Thomas A. Edison, who famously quoted “I have not failed. I’ve just found 10,000 ways that won’t work.”

What happened inside the box?

Chemistry is performed so a chemical reaction occurs and generates a signal for the chemical interaction with a sample which is then transferred into a result. This result was then reviewed by certified laboratory personnel.

Using her story as the blueprint for success, Holmes convinced private investors like Avie Tevanian (former head of software at Apple), Larry Ellison (Oracle’s founder), and Don Lucas (Oracle’s founding investor). Tim Draper, who was the first investor in many leading companies like Skype, Tesla, Baidu, and Hotmail and also a family friend, invested in Theranos.

She took money on the condition that she wouldn’t reveal how the Theranos technology worked. But they still invested in her just on the belief that business and medicine were in her blood. They believed that she would dedicate her life to making something extraordinary.

Boards of Directors of the Company

Elizabeth Holmes of Theranos chose many powerful older men to be a member of boards in her company. These people believed in Holmes and her vision. These powerful older men could influence the department of defense and other departments of government. Some of the men of on Board of Directors were :

In 2009, Sunny Balwani joined the company as Chief Operating Officer and President whose expertise was software and IT.

In 2010, Elizabeth and Balwani pitched an early version of Edison to Walgreens and by 2013 the two companies signed a contract. Thus, the first Theranos Wellness Center was set up in Walgreens, Palo Alto, where it could reach the consumers directly.

By 2014, Elizabeth Holmes of Theranos had her name as the richest young woman in famous magazines like Forbes, Fortunes, and New Yorker. She was announced as a billionaire owning 50% shares of her $9 billion company.

Paranoia: The Unhealthy Degree of Secrecy

In 2015, as Theranos was questioned and verbally attacked by the market, an unhealthy degree of secrecy began. Elizabeth hired tight security around her office. The employees were asked to sign a non-disclosure agreement. They were stopped from telling about their work even to their family. The employees were monitored and watched.

The company even sued four of its employees for sharing secret trades of the company or talking poorly about Elizabeth Holmes’ Theranos. Due to these working tactics, many employees left the company and were hence replaced by inexperienced staff.

The Downfall of Elizabeth Holmes

The downfall of Elizabeth Holmes of Theranos began when she stopped following human values to fulfill her promises. Since they were not able to deliver Edison to the Wellness Centres of Walgreens, they started collecting blood samples from the site and doing the tests in the laboratories of Theranos using traditional methods. The tests were performed in haste and by inexperienced staff, so the results were often inaccurate.

John Carreyrou wrote a report on Elizabeth Holmes’ Theranos which was published in The Wall Street Journal in October 2015. The report mentioned how the company used traditional machines instead of Edison and used more than a few drops of blood. The article also interviewed ex-employees who claimed that the machine was exaggerated.

After that FDA also released a negative report on Theranos Equipment. Later The Centers for Medicare and Medicaid Services (CMS) also banned Holmes from running blood tests. Following the report, Walgreens stopped all tests at the Theranos Centre in Palo Alto and Newark and suspended its partnership with Elizabeth Holmes’ Theranos.

Later in 2016, the net worth of Elizabeth Holmes of Theranos was revised to $0. In 2018, Holmes and Balwani were also accused of swindling investors between 2010 and 2015, with a fraudulent guarantee to revolutionize the lab-testing industry. Elizabeth was forced to give up control of her company. Theranos was forced to close as it failed to find a buyer.

Trial of Elizabeth Holmes of Theranos

The prosecutors have proposed a sentencing date in September for Holmes and Balwani. The judgment against Elizabeth Holmes of Theranos means she could be going to prison for approximately 80 years. But the judges hand down lenient sentences for these kinds of cases, and the sentence might be reduced to approximately 16 years. 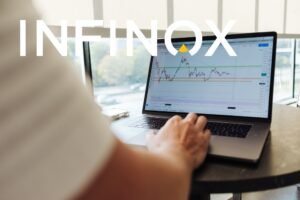 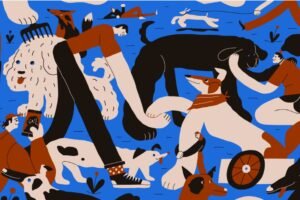 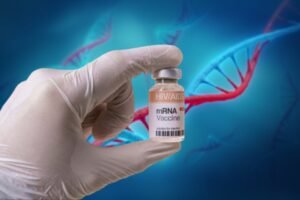 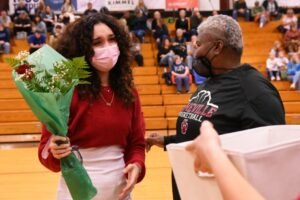